You Can Heal Your Body —You Are Your Own Placebo. 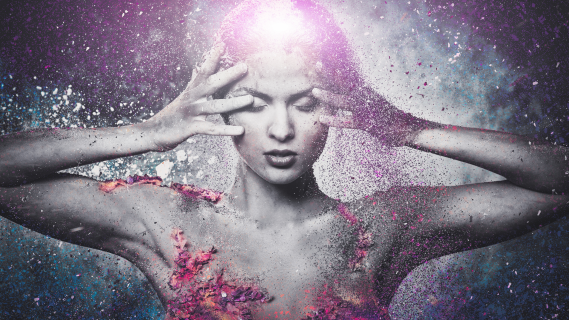 What would you say if I told you that your body has the ability to heal you on its own without medication?

Yes, you are a walking miracle.  Your body has an innate intelligence, a divine power that protects, supports, maintains, and gives you life at all times.  Your body was designed to thrive, to rejuvenate, regenerate and self-heal.  If that’s not a miracle then I don’t know what is.

Your body has the ability to create healing chemicals that cure almost all illnesses naturally.  In fact, new science confirms there is no reason why we could not live to 120 years or longer and with a good quality of life and health depending on the lifestyle you lead!

When pharmaceutical companies create a new drug, they need to test its effectiveness so they run trials with different groups of people.  One group receives the test medication or treatment and the other group, typically called the placebo group, receives a sugar pill or saline injection instead of the real thing, but the people in the placebo group do not know that.  As far as everyone is concerned, they all have received the real treatment.

Studies show that the placebo group either heals or at least 30% to 60% of the people in it improve their conditions while the control group gets 80% to 90% better.  This shows the effectiveness of the pharmaceutical product. But how do you explain the placebo group who also showed improvements and yet did not have the medication?

There is a direct correlation between what we think, believe, expect and our body’s ability to heal.  The mind can be a powerful tool to convince the body that it can heal.  The body is built to heal itself, but our beliefs play a powerful role in it.

Studies done by Dr. Fabrizio Mancini over a period of 25 years in his book The Power of Self-Healing shows that patients who believed and thought optimistically about their treatment healed 40% faster than those who did not.

Dr. Joe Dispenza in his book, You Are The Placebo, tells the story that during World War II, American surgeon, Henry Beecher ran out of morphine supply and had to operate on a badly injured soldier and was concerned that without the painkiller, the soldier would die due to fatal cardiovascular shock.  The assisting nurse knowing this filled a syringe with saline (saltwater) and gave the soldier the shot.

The soldier reacted as if he had received the morphine. Beecher proceeded to cut the soldier’s flesh and sewed him back up all without anesthesia. The soldier reported feeling little pain and survived.

How is this possible?

The power of the mind— the soldier believed and so the body followed suit.  As much as our bodies can naturally generate their own painkiller chemicals (oxytocin), it needs the spark that starts the engine.  Our thoughts, beliefs, and expectations we have about our healing is what turns the healing engine on.

The minute the solider believed he received the real injection; his expectation was it would numb his pain and so his body proceeded to make its own natural morphine to match the belief the soldier had.

So, what we think, believe, and feel has power over our lives and our health.  But our beliefs work both ways and can either help us or harm us.

A great story is sited in the same Dispenza book. A man named Sam Londe was diagnosed in the 1970s with metastatic esophageal cancer which at the time was thought to be incurable. The matter got worse.  A scan of his liver also showed cancer in his left lobe and the doctor told him he had only months to live.

Londe who had recently re-married asked the doctor to do what he could to keep him going until after Christmas as he wished to spend it with his new wife. Each month leading up to Christmas when Londe attended his monthly doctor visits he looked great and energized.

Soon after the new year, Londe began to feel weak and sicker.  He was rushed to the hospital with a fever and possible pneumonia and 24 hours after Londe died.  During an autopsy, it was revealed that Londe had been misdiagnosed, and in fact, he did not have esophageal cancer nor was his liver filled with cancer.  He had a very tiny nodule not enough to kill him.

Londe did not die of cancer nor of pneumonia. Londe died because he believed as everybody in his environment did that he was dying and so he did.

What you believe to be true — you attract!

Every illness that manifests in your body has an emotional component attached to it.  Eighty percent of all illnesses have a chronic component to them and so to heal our conditions we must address the root of what created the illness, to begin with.

We have been conditioned to immediately seek treatment (antibiotics, pills, steroid treatments) that alleviate the symptoms but none of those address or correct the energy that created the illness.  There are past traumas in our lives that, when unresolved, leave a trapped emotion in our organs and cells.  Over time, these trapped emotions manifest into an illness.

If we do not correct what is causing the disease or “dis-ease” the body will not be able to correct it once and for all.  Our internal beliefs play a critical role in helping our bodies heal.

I have seen the power of beliefs first hand through The Gratitude Experiment which is based on my Five Minutes To Gratitude (FMTG) system.  I teach my students how to release trapped emotions and to change their internal energy so they can alter their outer reality. Students who have suffered for years with anxiety, depression, PTSD, and MS are doing the work, getting relief, and living more grateful lives in spite of their conditions.

These students report a noticeable increase in their mental health. They feel less depressed and anxious because they have learned to stay connected to the present moment and they have been able to release much of what kept them chained to their depression. They have learned to ignite their personal power and to condition their body and minds to a new reality.

It is about learning that our bodies are designed to repair and heal for short periods and not for prolonged periods of time.  When our body senses an attack by a virus or bacteria, it produces an immune response that signals the creation of antibodies that kill the pathogen.

As an example, when we cut ourselves, the body receives the signal of stress —that’s its alarm bell and so it rushes to produce what it needs to heal and stop the bleeding and regenerates the skin to seal the cut.

When healing takes place, the body seeks to return to homeostasis or balance in order to rest and replenish.  When we keep living our lives in constant stress, exposing our bodies to toxic substances, unhealthy foods, and unresolved emotional baggage, we force our bodies to be in a constant state of stress. The body interprets our state of stress with time to repair and over time, the body goes on overdrive and it can’t keep up.  It is not what it was designed to do.  Over time, it stops responding and we wonder why.  Well, now you know!

Society is overmedicated. There’s a pill for everything and when we overuse something, the bacteria or virus we are fighting adapts to it, making the treatment less effective.  Medications have their purpose, but they are not designed for long term use either and often they don’t heal the illness. Most prescriptions are designed to suppress the symptoms. Unfortunately, many chronic illnesses have people taking medications for a much longer time than they were ever designed to do and that’s why they become ineffective.

What do we do? We change to a new treatment. We try some more new pills or we up the dose of what we are already taking which pollutes our bodies with chemicals that prevent it from being able to work on its own natural rhythm.  We block our body’s natural ability to react and produce the healing chemicals it naturally makes.

I am not suggesting to not seek medical treatment. There is a role for doctors, medications, and modern science as we are living much longer lives because of it.  What I am advocating is for you to understand your body-mind connection more. Understand the enormous power you have to influence your mind that in turn, influences your body to trigger self-healing.

We have been conditioned to think of an illness as a death sentence.  We think of our symptoms as the enemy.  My students in The Gratitude Experiment learn to harness the power of their body to heal by eliciting heart-lifting emotions of gratitude and appreciation for the symptoms.

My students learn to thank the illness. They learn to feel gratitude for each of their symptoms because that means their body is working as it should. The symptoms are the language your body uses to alert us that something in us is out of balance and needs our attention.

If your house was on fire and you didn’t know, and a neighbor came to tell you, wouldn’t you express your gratitude to the neighbor for telling you?

So how is your body different than the neighbor?

Imagine if when you get an illness all you do is resist it, shame it, hate it, fear it —what do you think your body will do? It will react to the thoughts and emotions you are having because that is the fuel you are giving it. It begins to produce chemicals —cortisol and adrenaline are released into your body which adds more stress-reducing your body’s ability to metabolize and detoxify.

Now imagine if when you get the illness, instead of fearing it, you thank your body for doing its job and you send love to those parts of your being that need care and attention. When you elicit the emotions of appreciation, love, care, patience, compassion, forgiveness, and gratitude for what you are experiencing, what do you think the body does in that scenario?

When the body senses those uplifting emotions, it produces 1,400 biochemical reactions in your body that promote healing and repair.  It releases endorphins (40 types of them). It releases dopamine, HGH, DHEA hormones, and serotonin all of which strengthen your immune response and your body begins to heal and repair.

The FMTG technique helps you get out of the survival mode so you can allocate your energy to create, to rejuvenate and repair your body.  Learning to stay in a GRATEFUL grounded state helps to lower your stress response by placing your attention in the present moment, allowing you to release painful emotions and change your perceptions about your world.

If you wish to ignite your body’s innate intelligence to self-heal you need to:

I do believe in western medicine when necessary and I use my intuition to allow my body to respond first then I seek medical attention if necessary.  The majority of my ailments heal on their own. So apply caution.

I hope this inspires you to look within and cultivate a better relationship between your body and mind. It is in your control to help your body or not.  Through the single habit of gratitude, I healed my illness and now hundreds of people from around the world are using the same technique to change their internal energy and their reality.

You are your own pharmacy of chemicals. Believe in your body’s ability to heal and so you will.