Be Thankful for the Closed Doors 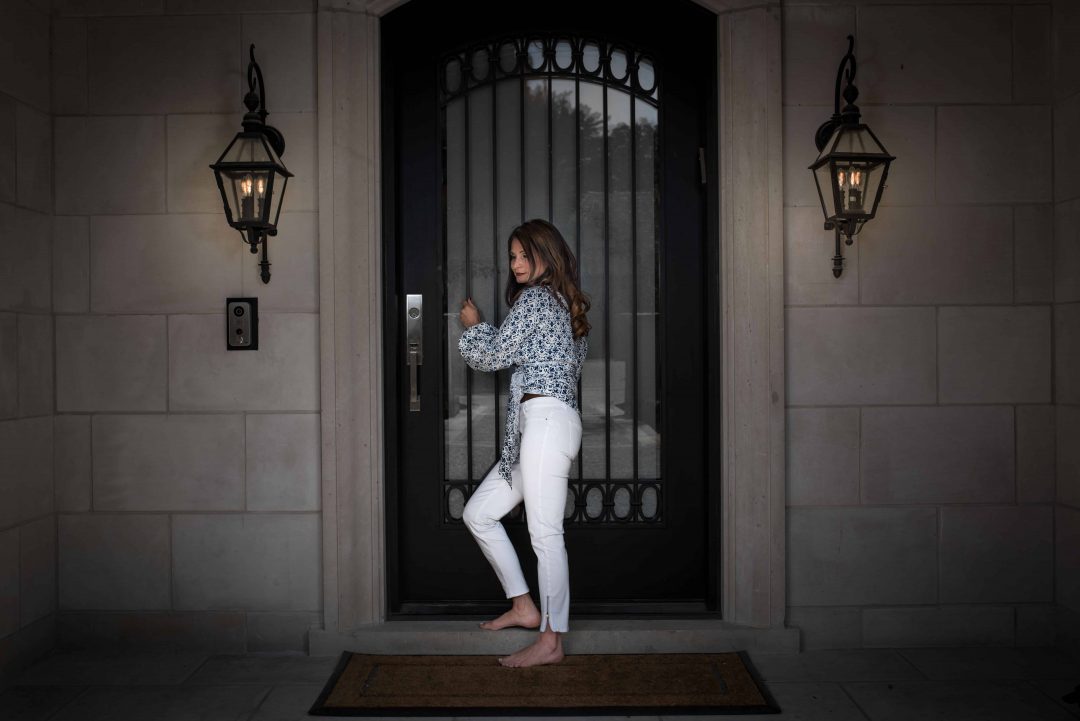 “If it doesn’t open, it’s not your door”
—Unknown

It is easy to be happy when things we desire materialize.  We feel thankful as long as doors open up for us and the streak of luck keeps coming our way, but we are rarely encouraged to find the good in the ‘Nos’ we get.  We exhibit disappointment in the opportunities we lose and we seldom see any reason to feel grateful for the doors that close along the way.  We view these things as patches of bad luck and finding a gift in them is virtually out of the realm of appreciation for many of us.

I am here to tell you to be equally grateful for the doors that close. Be thankful when a dream you desire doesn’t come to fruition in the way that you expect.  When we don’t get what we desire, it can be because the Universe plans to bring us a better gift or show us a higher path or a better possibility. I have come to understand that the Universe will open doors, but she will also close doors not meant for us. It just means the Universe has a different plan that we in the moment may not understand.

The problem is that we often lack patience to sit through the discomfort of not knowing everything. This is especially true for me who always needs to know three steps ahead. I am always in need of knowing the destination, the end goal that I often miss to enjoy the journey to the destination and this has caused me a great deal of discomfort and disappointment in my life. I am learning however to surrender the need to know it all and embrace the unknown, to trust that things happen not on my timeline and that they are happening as they should and for my highest good.

As Joel Osteen says, “Even situations that may seem like a crisis to us can still be the plan of God. We may not see it in the midst of our pain, but that crisis, the bad breaks, those things that don’t make sense to us are because we cannot see the entire path that is ahead of us.”

We need to learn to find peace and acceptance, to have faith and allow the Universe to reveal her plan for us. This does not mean you abandon your dreams. No.  It just means you stay open to the possibilities and learn to recognize the signs and directions the Universe presents for you on the way to your dreams.

A quick story. When I completed my undergraduate degree in 1993, I wanted to be a lawyer more than anything in the world, since as far as I could remember, there had always been a desire in me to help people. I wanted to become a lawyer not for prestige or money, but because I wanted to help those who could not defend themselves.

I come from a long line of doctors in my family, but I never developed the same love for the art of medicine as my forbearers, so I just couldn’t pursue that destiny. Being the daughter of a heart surgeon, I thought that it was an amazing vocation because, what better gift is there than giving someone the gift of life, but it just wasn’t for me. When I was very young, I became fascinated by the television lawyer Perry Mason. I said to myself, “If I can’t give someone the gift of life, the next best thing is the gift of freedom!” That was my dream. I wanted to be like Perry Mason.

If you asked anybody that knew me back then, they would tell you that I busted my ass to get into law school. Unfortunately, due to English not being my native language, I was not able to score high enough on the LSATs to be accepted. I studied so much, and I honestly tried everything I could think of within the means I had to raise my score, but my efforts were futile. My score was borderline.

To increase my future chances, I decided to pursue a master’s degree in criminal justice, hoping this would give me a bit more weight on my law school application. I graduated from that program in 1995 with an impressive A average, but those studies combined with my LSAT score still were not enough to get me admitted!

I lived and breathed the prospect of going to law school for several years. I had great letters of recommendations. I even submitted studies to the Admissions Department that showed that a lower LSAT was no indicator of the actual success a student would have. Nothing helped. Disappointed, I could not understand why I could not accomplish this dream.

Today, looking retrospectively at my life choices, I know that law school would have limited what the Universe had in store for me. Had I been accepted to law school, I would not have had the opportunity to cofound an EdTech company called Embanet.

Embanet helped working professionals improve their lives through continuing education, which we delivered online to them. In 1996, my partner Jeffrey and I set the intention to touch the lives of over one million learners worldwide, and by 2006 we had done that and more. The dream that we began working toward from our bedroom grew to become one of the leading providers of distance education in the world. Therefore, I ended up having more impact on peoples’ lives than I had ever dreamed I would as a lawyer. As Osteen says: “God can see what you can’t see.”

The Universe understood more than me. My true desire was to help people. Law school was only a means to an end. After that door was closed in my face, the Universe gave me precisely what my heart desired through another avenue. It will do the same for you!

Because of founding our company, a single mother could go to school to improve herself and upgrade the life of her family while she also worked. We were making it possible for people who otherwise could have only aspired to become more than they were, to change their lives and futures by making education available to them.

So, you see, I never abandoned my dream of helping people. The Universe just chose a different venue for me to throw my energy into. There are many routes to get you to your destination. Ultimately, you need to trust that if something does not happen in the way you envisioned despite your efforts, it does not mean that your dream won’t come to pass.  My so-called failure to get into law school is just one example of the many doors the Universe has closed for me to propel me closer to my ultimate destiny.

Another example I like to share with you came in a cute story I heard Joel Osteen tell.  On a flight Joel wanted to open the tray table to write down some notes. The tray was on the side right underneath the window.  He wanted to open the table and so he pulled and pulled and nothing. The tray would not open no matter what he did. Joel looked at his friend sitting right across the aisle and he was able to pull his tray table no problem and they looked like they were the same so Joel started to get frustrated. He pulled, he yanked, he struggled and the table would not open and he thought to himself, “I’m going to open this table even if it’s the last thing I do” The table would not open. Finally a staff member came. She pointed to the window where there was this sign right there in bold letters.

‘Not a tray table. Emergency exit only.’   As the saying goes, sometimes not getting what we want can also be a strike of good luck!

When I heard this story I could not help but laugh.  I found it cute, but so revealing of things in life. Sometimes what frustrates us in the moment is the Universe keeping us from facing a bigger hurt. In the case of Joel, not getting his way, saved his life!

Since I learned to be grateful for doors that close, my life has achieved a level of peace that I never had before.  Like my law school story, there are many other examples.  I am sure many of you have experienced doors that closed in the form of a romantic relationship that you desired so much and while heartbroken, it might have been difficult to remain optimistic. That was the case for me.

The more you practice surrendering to the oversight of the Universe the more you’ll learn to trust and find comfort in what does not go your way.  I am not sure about you, but for me, once the Universe revealed her plan as to why that relationship did not work, I understood it was because the Universe loved me too much to let me stay in a life that was substandard to the one she had planned for me.

My simple request of you?

Learn to trust the Universe when a door closes for you.  Instead of feeling all frustrated as if the world is against you, remember, if it closed, it is because it was not a door meant for you.  Remember, when God closes a door somewhere he opens another, so don’t look with regret at what for a reason was closed.  Trust that you will be presented with a better opportunity, a better love, a higher path that you could not have ever envisioned.  When we stay in faith, we stay in the flow and it is in that unknown where miracles happen.  Remember that the Universe answers prayers in three ways,

‘Yes’ – because you deserve it,

‘No’ – because you deserve better, And

‘Not yet’ – because the best is yet to come – Unknown.