The Forks in the Road, the Moments That Define Our Life. 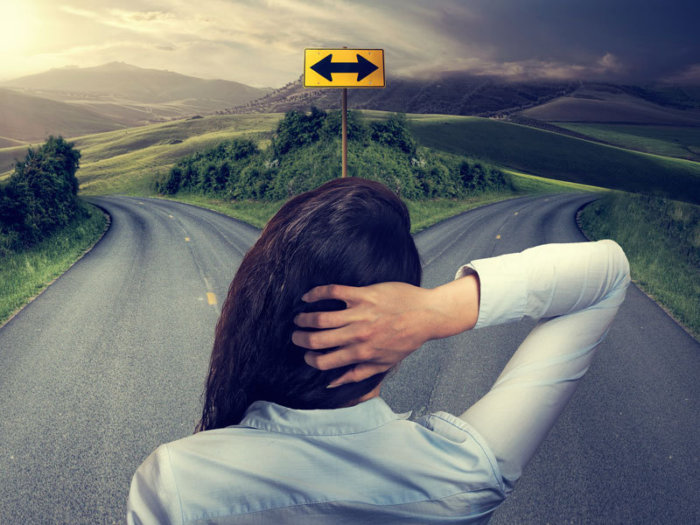 Everyone who’s walked our beautiful planet has had forks in the road in which a single decision was a defining moment.

But have you ever wondered what your life would have been like had you taken the other path?

What would you say if there was an alternate reality happening right now that was identical to your life except, it turned up a bit differently due to that one decision you didn’t make?

For years I’ve wondered about this scenario.

And I’m not alone. I recently stumbled upon a Spanish production (don’t worry, it has subtitles) on Netflix, “If I Hadn’t Met You,” March 2019. What really left me pondering was that this film touches upon the theory of multiverses or parallel realities — a subject that has always fascinated me. The possibility to experience an event in time with a different outcome than the one we lived here on this one —science fiction or not, that’s fascinating.

The series, If I Hadn’t Met You, impacted me because it’s the heartbreaking story of a father who loses his wife and children from what he believes was a bad decision on his part. Fortunately for Edward, played by actor Pablo Derqui, he is given the chance to travel to an alternate universe at the pivotal moment when he is about to make that choice and his family still live. Edward sees his other clone and urges him to make the other choice that would produce a different outcome and thus save his family’s life.

Wouldn’t that be something we would all like to have the opportunity to do? I can think of various scenarios in my own life where I would love to be able to see the other outcome play out —some from regret and others simply for curiosity.

Many of us have been at forks in our road where we have made a decision that perhaps in the moment we didn’t think through enough or foresaw its consequences.
Imagine being given a chance to live out that road you didn’t travel. Imagine your life now with the business decision that you didn’t make, but should have. Or how about your life today had you started that relationship that never was, but always should have been.

The choice and the possibilities are endless.

The concept in quantum mechanics of “parallel universes” suggests that there could be other universes besides our own, where all the choices we make in this life play out in alternate realities.

In 1954, a young Princeton University doctoral candidate named Hugh Everett III came up with the radical concept of Many Worlds Interpretation (MWI). His contention was that there are parallel universes, exactly like ours, universes that take the same time and space simultaneously and are all inter-related, branching off from one another. The life you and I are having right now may not be the only one and there is another you, breathing and living a life similar to your own, but with different outcomes.

Everett is not alone in this thinking. Sadly at the time, his concept was deemed so crazy and radical that it destroyed his academic career. Today, his concept is more accepted and respectable scientists are open to the possibility that other worlds actually exist and it’s not just a thing from our Hollywood sci-fi movies.

The idea that other universes exist parallel to ours that are just as real with a different set of outcomes, is interesting. Proven or not, I believe that anything is possible. Imagine for a second that tragic events in our world may not have happened at all in other timelines. That’s comforting to me.

According to Everett, every time you make a momentous decision that changes your future from that point on, the universe splits into two distinct timelines that create a complete separate universe with two versions of ourselves to accommodate each of the possible outcomes and paths. If that doesn’t make your hair stand up, I don’t know what will!

Do you remember your fork in the road?

Moments when a single decision you took produced an enormous ripple effect in the time continuum. Perhaps moving to a different country, a different career path you pursued or even a divorce. Moments that defined your character and your value system.

So why does this idea resonate so much with me?

The notion that there are a number of timelines simultaneously happening where I get to play my life in an infinite number of possibilities makes me feel a lot more hopeful and less remorseful of the things I wish I could have made different, but cannot change.

One of those monumental decisions was to either stay in my home country Nicaragua or come to Canada.  I often wonder what my life would have turned out like, had I stayed. Better, worse?

Perhaps I would have a different career —most likely a doctor or a lawyer, I would have married someone from my own culture and have a different set of children. If this notion of alternate realities was true, then I no longer would need to wonder because that other me is living my other choices. All I hope is that the other me is as happy with her life over there as I am with mine here and now.

Spooky? But an amazing idea at the same time.

Full disclosure, this notion resonates with me because it appeases my greatest fear —not being with my girls once I pass on. It is not that I fear death, because I don’t, but I do fear not being with who I love most. This multiverse idea opens a whole world of new possibilities, if there is no past or future and all things are happening now, simultaneously at this moment, and we are living concurrent lifetimes in other periods of history and those versions of reality are multiplied by infinity, then it means I am always with my girls regardless of which timeline I am living in.

This is just to give you something to think about.  You may even refuse to believe this could be possible and that’s ok. It is simply a comforting idea. If this resonates with you, remember that each fork in the road will cause your universe to split and you will be responsible for living both outcomes — there is no escape. You can no longer say, “Thank God I didn’t make that choice” because in a way you have made them both so make your choices truly count.  Make the choices and decisions that leave you and your other clones with no regrets so that you can enjoy your life in as many versions as possible.

It would be great if I could see, like Edward did, my other self in that vastness of alternate worlds and be able to give her advice or receive advice. I wish it was a simple as, “Beam me up Scotty” but until then, I take comfort in knowing that no matter what version I am living, I am always with those I love and now more than ever I can truly tell my girls that I love them to infinity and back.!