Why You Must Forgive, But Never Forget 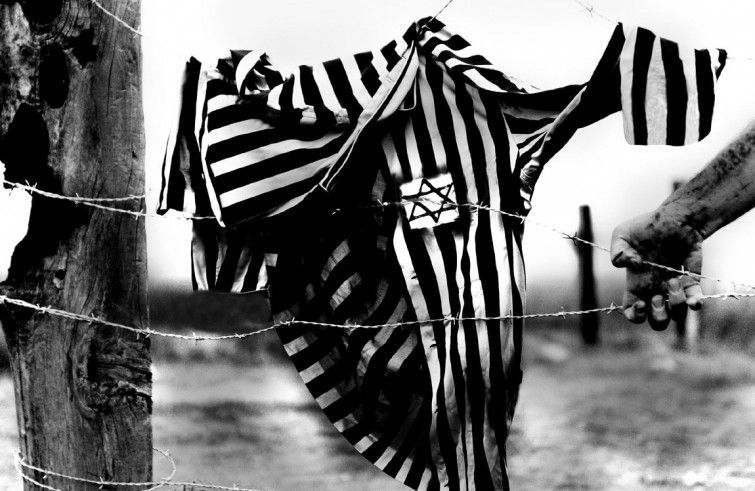 In spite of the Darwinian theory “Survival of the Fittest,” I have always believed in having faith and hope in humanity.  I believe that the true essence of human nature is not to compete, fight and kill, but instead, to cooperate, love and protect.

When I visited Prague, Czech Republic, my belief and views were shaken to the core. I visited Terezín which was a concentration camp and ghetto 30 miles north of Prague during World War II. I had to ask myself how is it that in our modern era such atrocities against humanity were allowed to happen?

My internal dialogue kicked in and I found myself having a full-on conversation in my own mind.  I could hear the two voices argue back and forth.  The more forgiving and spiritual one said, “Everything happens for a reason and this too, although horrible, had a gift, a lesson, and a purpose.”

But the other voice didn’t quite see it that way, “What lesson, what gift can you derive from such darkness when humans turned into animals?  No, worse than animals because an animal turns on their fellow-creatures for food, for self-preservation when they are being threatened or attacked.  But this was not the case for the innocent Jews in Europe. I wondered, “What could these people have done that was so bad to cause the Nazis to turn into beasts? What possible purpose can you derive that would justify innocent, harmless people to be robbed of their homes, their families and their humanity? How do you justify the murder of innocent men, women, and children?

So there I was, pondering with thoughts, questions and the lingering voice deep in my soul that echoed ever so strongly with each step I took. Every room I visited was worse than the previous.  The stories were so disheartening that I could still feel the pain of those who once occupied the wooden bunks. Although you now see empty rooms, they did not feel empty to me at all —their suffering was still there, impregnated on the walls.

I couldn’t hold the tears, I was trying to understand human nature at the moment, perplexed I wondered,

“What compels people to think they have the right to enslave and exterminate others? Skin color? Belief system? Sexual preference?  We have allowed slavery and the genocide of so many ethnic groups— why? Whatever it is that makes us different on the outside, cannot possibly justify having a person overpower another and decide who gets to live and who gets to die. Since when did we turn into Gods to think we are almighty? Since when did we turn into demons to have such little regard for human life? Why do we forget that the same blood runs through our veins?  We love, hurt and bleed the same.

Each time we forget that we are one single race it leads us to allow crimes against our own kind. That is exactly what has happened in Rwanda and Bosnia and many other places. Visiting now what looks like a normal Czech village, in 1940 was a place of darkness, a ghetto, a place where human life did not matter, reduced to a number carved in their skin like cattle.

Terezínwas originally built in the 18th century as a holiday resort reserved for Czech nobility. In 1940 Nazi Germany invaded Czechoslovakia. Hitler gave the job of killing the Jews to his ruthless henchman Reinhard Heydrich.

Heydrich assigned the Gestapo to turn the village of Terezín into a Jewish ghetto and concentration camp because it was the perfect place that could be easily disguised and its small population could be easily relocated. As a concentration camp, it suited Heydrich’s plan because it was completely walled in.  It had barracks and it was surrounded by a moat, but most importantly, it already had a nearby small fortress that was already a Gestapo prison where the Germans could send anyone for punishment.

Terezín was not like any other camp. Unlike Treblinka and Auschwitz, Terezín was often referred to as “Paradise Camp” as that is how it was sold to the Jews when they were being stripped out of their homes. They were told they were being sent to a Jewish settlement where they could be safe and protected during the war. The reality was very different. What appeared as a quaint village was a place of death, starvation, abuse and subhuman living conditions of overcrowded places infected with lice and typhoid. The small fortress prison was even worse.

One hundred and fifty thousand Jewish adults and 15,000 Jewish children were imprisoned at Terezín alone. Eighty-eight thousand of them were deported to Treblinka and Auschwitz death camps and 33,000 died in the ghetto due to the appalling conditions arising out of extreme population density, malnutrition, and disease.  Overall, 6 million Jews… no, wait! six million PEOPLE, six million HUMANS, were exterminated for simple hatred of one group over its fellow humans. Those were somebody’s father, mother, child, grandparent, husband, wife, and friends. Those were scholars, philosophers, scientists, artists, musicians, and inventors. A true loss for the world.

Could I have been wrong in thinking that we are intrinsically good? Because I was there, looking at what remains of a period in time when the brutal reality about human nature was simply horrifying. Seeing all we’ve done to our own kind, we don’t deserve the ‘sapiens’ designation because the word ‘sapiens’ derives from the word ‘wise’ and too many instances in our history shows there has not been anything wise in our shameful behavior.

Why did Terezín have such an impact on me? Because it was the one place used to spread the most monstrous of lies.  It was the place the Germans used to fool the world. In 1943 the ghetto was converted into a propaganda camp, orchestrated, manipulated and brilliantly executed by the Germans to appease the inquiries of the International Red Cross in response to the rumors of death camps. The Germans used Terezín to disguise their brutality with a grotesque show of betrayals.

Seeing that they could no longer ignore the increased pressure from the International Red Cross to visit Auschwitz, somehow the Nazis convinced the Red Cross to visit Terezín instead —it was the perfect plot. The Germans bought their time, they repopulated the ghetto with healthier Jews, buildings were repainted on the outside, fake coffee shops and small stores were opened (ironically the Germans used items that had belonged to the Jews to display in the fake shops) the Jews were given clean clothes and the streets were cleaned up.

The Nazis deported many Jews, especially the old and the sick to Auschwitz to minimize the appearance of overcrowding in Terezín so that the commissions of Swiss delegates would see no trace of their brutality. The Red Cross representatives were taken on a tour by German officers of a predetermined path and they were constantly watched to ensure there was no attempt to divert from the tour route. The commission was as only allowed to go inside specific rooms and areas that were beautified for the greatest show of all — the show of lies. If the representatives from the Red Cross asked Jews questions directly, they were warned to ignore, in accordance with the Germans’ instructions prior to the tour.

Sadly the commission bought the lie and it was so successful that the Germans capitalized on it by following it with a propaganda video showing just how Jewish life continued and how good Hitler was to have gifted a city to the Jews.  That is exactly what the world saw —a successful hoax, that the Jews of Europe were living a relatively normal life enjoying their culture, concerts, and sports and not being mistreated as the rumors had it — a monumental charade. I was able to find bits of the Nazi propaganda video in case you would like to watch: The Gift Of The Town – Terezin/Theresienstadt

On the plane ride home, all I could think about was Terezín and the 130,000 Jews murdered at the hands of evil.  No doubt those who survived most have had a will to live that was superhuman. In the words of a survivor, Elie Wiesel, “Nobody had endured this much.  We were the masters of the world,  we were the masters of nature, we had transcended everything: death, fatigue and our natural needs. We were stronger than cold and hunger, stronger than guns and our own desire to die.”

When I finally arrived home I saw my daughters and in that embrace, I felt whole again. It was in that instant that I understood the lesson and the gift. We, humans, have been given the power to exterminate life, but also to create life and in that, is the gift of the choice we can make. Perhaps the purpose was to remind us of our darkness so that we can learn to find, appreciate and cultivate the light within us. The gift is perhaps that we are still here to tell the world and future generations to be mindful of our duality and to hopefully have the better parts of our humanity outweigh the bad.

Suddenly I was imbued with love and gratitude to see my beautiful daughters and the good within their soul. I thanked God that the lives of some of our ancestors were spared so that we could all be here today. What happened in Terezín and other concentrations camps should serve as a constant reminder that we have a moral responsibility to our humanity to forgive our dark moments, but to never forget so we can work together as one human race to preserve the goodness in our species.

Yes, I do believe that we are intrinsically good and that our true nature is to cooperate and protect.  It was that same nature that caused two opposing superpowers, the Russians and the Americans to put their differences aside and come together as allies to stop an enemy and protect something that was bigger than themselves — our freedom.